The Story Behind Ionna 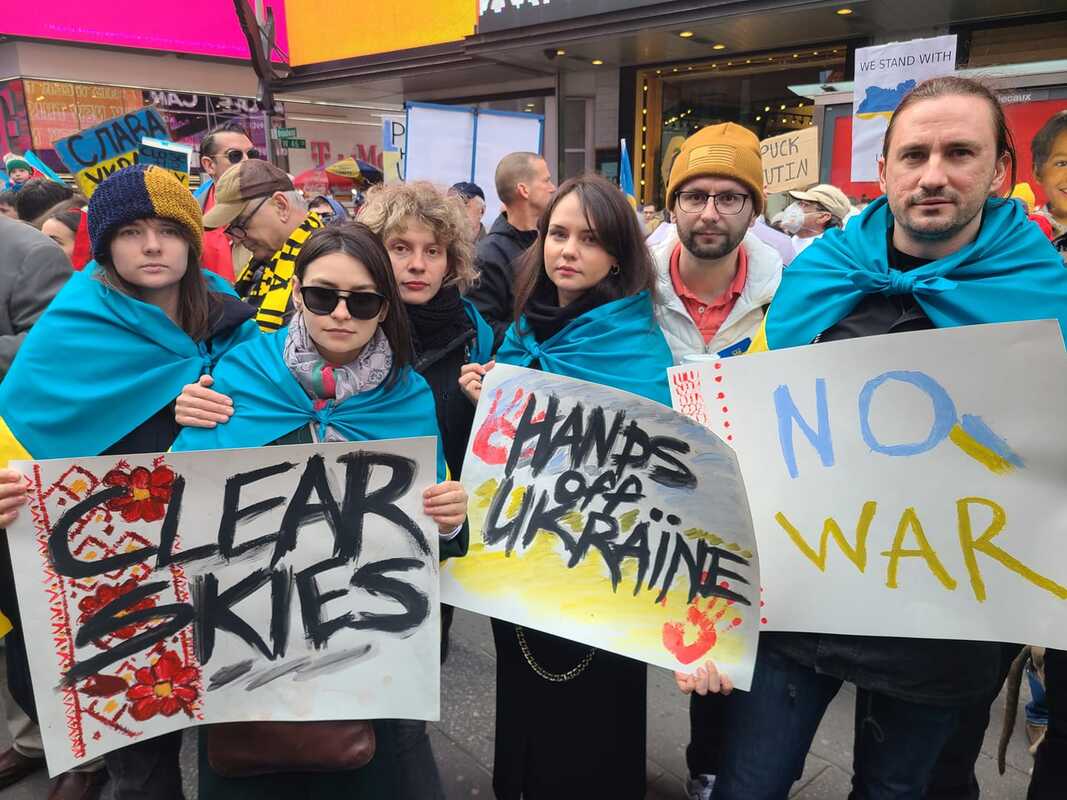 Many people have asked why I wrote a story about Ukraine since I'm not Ukrainian, have no Ukrainian heritage, and have never visited there. The answer is simple - Ksenia.

Ksenia is a friend of the family. She was a camp counselor with two of my girls. She came to the US in the summer of 2013 and again in 2014 and worked with my girls. Her camp name was Rabbit, and at the time, we all knew her as Arsenia, though she now goes by Ksenia.

Russia attacked her hometown right before she was to go home in August 2014. Her parents were in the midst of the fighting. All flights were canceled. She was unable to go home. The camp extended her work Visa for a few months, but when it looked like she was going to end up in a refugee camp somewhere, she disappeared into New York City until her asylum was approved. ​She hasn't seen her parents in person in eight years.

In 2016, Ksenia came to visit our home for my youngest daughter's birthday. We had a wonderful time reconnecting. While chatting with me in my office, she told me this amazing story - something that happened to her while in NYC. I couldn't believe my ears. Certainly, I was not understanding. But, after thorough questioning, I realized that she had just told me a story that needed to be heard by others.

I considered this for a long time, and it was more than two years later before I finally created 80,000 words of fiction that led to her little sliver of a story.  Sunflowers Beneath the Snow chronicles three generations of women in Ukraine from 1973 to 2016. The youngest, Ionna, is very loosely patterned after the real-life Ksenia.

As you can imagine, when the fighting broke out, I was devastated, but not nearly as devastated as Ksenia. Her family is still there, as are her friends. Ukraine is her country. Her social media is strewn with her love for Ukraine and her hatred of what this war is doing to her homeland.

We've been chatting daily. I've asked her what I can do, and she has just said to pray and keep Ukraine and their plight in front of people. When the war hit 12 days, she contacted me. "I'm putting together a group of artists who want to support Ukraine. We need your book."

Of course, I said yes. There was no other answer. Despite never setting foot in that country, Ukrainians have become my people. I spent too long researching and writing to turn my back on them, and I never turn my back on a friend if I can help it.

I'm not the only artist. If you want to do more, go to this Facebook page (COMING SOON). There you will find artists supporting Ukraine, like my daughter who is selling t-shirts, and Ksenia's sister who makes toys, and a host of others.

Please, do what you can to help. Pray. Spread the word. Buy from those who will donate proceeds. And always remember, there are real people, like Ksenia and her family, that thank you from the bottom of their hearts.

Sunflowers Beneath the Snow

$18.99 $15.00
"This novel is deeply character-driven and the author has done a superb job in developing the principal players in the story and inviting the reader to identify with and root for them..." - Readers' Favorite

"Sunflowers Beneath the Snow is a testament to the will and perseverance of women who embrace challenge and refuse to give up." - Feathered Quill

​A Ukrainian rebel. Three generations of women bearing the consequences. A journey that changes everything.

When Ivanna opens the door to uniformed officers, her tranquil life is torn to pieces - leaving behind a broken woman who must learn to endure the cold, starvation, and memories of a man who died in the quintessential act of betrayal. Using her thrift, ingenuity, and a bit of luck, she finds a way to survive in Soviet Ukraine, along with her daughter, Yevtsye. But the question remains, will she be strong enough to withstand her daughter’s deceit and the eventual downfall of the nation she has devoted her life to? Or will the memories of her late husband act as a shadow haunting everyone and everything she loves, including Ionna, the granddaughter that never knew him?

In Sunflowers Beneath the Snow, Teri M Brown explores the tenacity of women, showing that even in grueling circumstances, they can, and do, experience all the good things life has to offer - compassion, joy, love, faith, and wonder.
Buy Now

Sunflowers Beneath the Snow - Digital