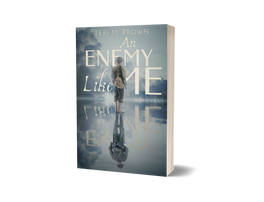 How does a man show his love – for country, for heritage, for family – during a war that sets the three at odds? What sets in motion the necessity to choose one over the other? How will this choice change everything and everyone he loves?

Jacob Miller, a first-generation American, grew up in New Berlin, a small German immigrant town in Ohio where he endured the Great Depression, met his wife, and started a family. Though his early years were not easy, Jacob believes he is headed toward his ‘happily ever after’ until a friend is sent to an internment camp for enemy combatants, and the war lands resolutely on his doorstep.
​
In An Enemy Like Me, Teri M Brown uses the backdrop of World War II to show the angst experienced by Jacob, his wife, and his four-year-old son as he left for and fought in a war he did not create. She explores the concepts of xenophobia, intrafamily dynamics, and the recognition that war is not won and lost by nations, but by ordinary men and women and the families who support them.

​Sunflowers Beneath the Snow 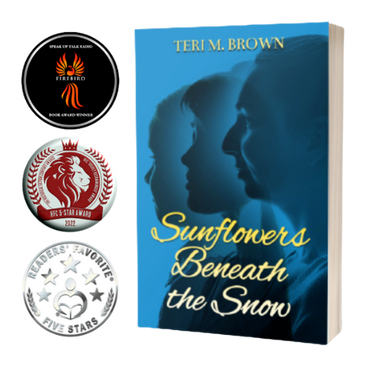 "Ms. Brown does a brilliant job in depicting the strength of these Ukrainian women under the most trying of circumstances, and how hope emerges in the midst of war." - Historical Fiction Company, Highly Recommended Award

"Readers will laugh, cry, and everything in between as they are taken into the heart of this family. Reading this novel will grant you access to a world that is so important to understand now." - Reedsy Discovery

​A Ukrainian rebel. Three generations of women bearing the consequences. A journey that changes everything.

When Ivanna opens the door to uniformed officers, her tranquil life is torn to pieces - leaving behind a broken woman who must learn to endure the cold, starvation, and memories of a man who died in the quintessential act of betrayal. Using her thrift, ingenuity, and a bit of luck, she finds a way to survive in Soviet Ukraine, along with her daughter, Yevtsye. But the question remains, will she be strong enough to withstand her daughter’s deceit and the eventual downfall of the nation she has devoted her life to? Or will the memories of her late husband act as a shadow haunting everyone and everything she loves, including Ionna, the granddaughter who never knew him?

In Sunflowers Beneath the Snow, Teri M Brown explores the tenacity of women, showing that even in grueling circumstances, they can, and do, experience all the good things life has to offer - compassion, joy, love, faith, and wonder.