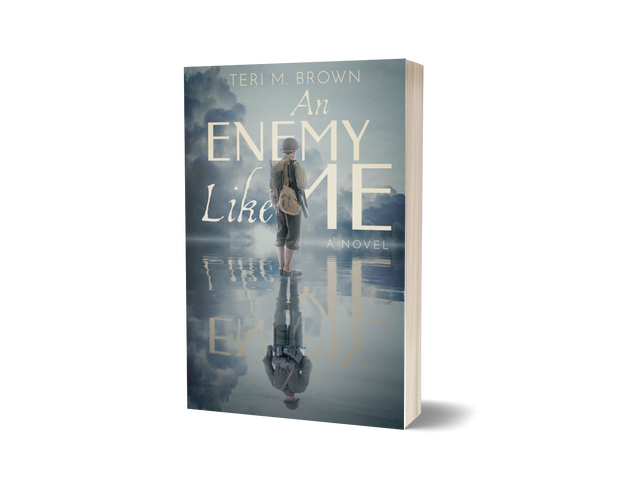 How does a man show his love - for country, for heritage, for family - during a war that sets the three at odds? What sets in motion the necessity to choose one over the other? How will this choice change everything and everyone he loves?

Jacob Miller, a first-generation American, grew up in New Berlin, a small German immigrant town in Ohio where he endured the Great Depression, met his wife, and started a family. Though his early years were not easy, Jacob believes he is headed toward his 'happily ever after' until a friend is sent to an internment camp for enemy combatants, and the war lands resolutely on his doorstep.

In An Enemy Like Me, Teri M. Brown uses the backdrop of World War II to show the angst experienced by Jacob, his wife, and his four-year-old son as he leaves for and fights in a war he did not create. She explores the concepts of xenophobia, intrafamily dynamics, and the recognition that war is not won and lost by nations, but by ordinary men and women and the families who support them.